Fall weather means different things to different people, but to the Cleveland Browns fans, it only means one thing — FOOTBALL! Independence Demolition was proud to have been selected to team with Turner-Ozanne and be heavily involved in another preparation aspect throughout this off-season — the First Energy modernization project.

Our scope of work primarily consisted of removal of both existing scoreboards, upper end zone seating, precast and related structural steel in order to make way for updated and much larger scoreboards that are situated closer to the field for a more engaging fan experience. In addition to the upper-deck work, some significant renovations to the lower-bowl seating areas were also made to accommodate additional seating and updated handicap areas there.

From the bid phase in Summer/Fall 2013 to the first home pre-season game on August 23 2014, the project was schedule-intense. The removal work began just after the New Year in January, and our removal crews battled through intense cold, snowy, windy, Cleveland weather on the Lake Erie lakefront to keep the project on schedule. It was no small feat when working 140’ in the air out of man-lifts and using two huge All Erection cranes for the work. In spite of the weather, our crews were able to get the primary removal work completed on time to make way for the new construction that had to be completed before the start of the coming season. Once our base contract work was completed, Independence Demolition continued working on-site providing support until the completion of the project to help keep the job moving forward in spite of many changes and obstacles to overcome.

As pleased as we are about a job well done and finishing on time, the most important aspect of the job, was the safety of our team members and those around us. Through all the ice, snow, wind, elevated-work, difficult crane picks, jack hammering, saw cutting, labor intense, overtime and urgent work, we are very proud our field crews and subcontractors did it without a single recordable or lost-time incident! 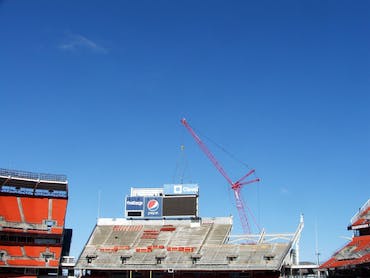 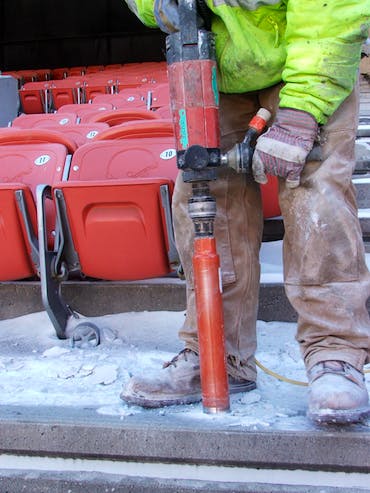 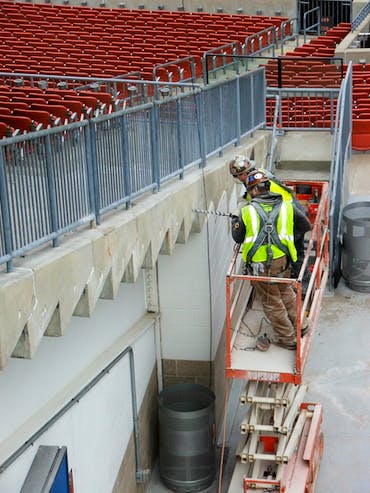 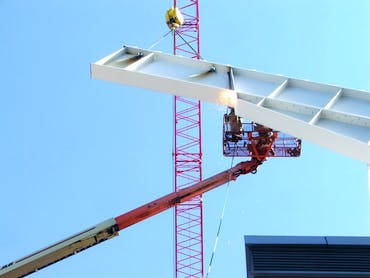