ID is working well with DPC representatives to bring the building down safely. The building should be on the ground by mid-October with rubble removal to finish up mid-November. Scrap processing will continue through the end of November. We are on track to complete the project on time and are looking forward to putting the finishing touches on this job. 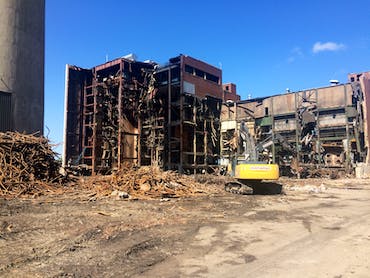